How to Learn Quran with Tajweed at Home

Tajweed is a common term used in the context of reciting the Quran e Kareem. It is one of the important most requirements to be fulfilled for Quran recitation. The word Tajweed is derived from the Arabic root word Jawwid, which means to enhance something or to make something excellent. Tajweed is basically a set of rules to be followed for correct and accurate pronunciation and recitation of Quran e Karim. It is actually giving proper right and dues to every alphabet of Arabic language during recitation of Holy Quran. Every alphabet in the Arabic language has specific articulation or Makhraj, which is very important to learn in order to recite the Quran accurately. Tajweed is actually an effort to recite Quran e Kareem in a way closest to the recitation of Holy Prophet Peace be upon Him and native Arabs. QuranHost provides you the best opportunity to learn Quran with Tajweed.

Why the Science of Tajweed Needs to be Invented?

Allah Almighty bestowed Arabs with the light of Islam. Islam revealed in the land of Arabia almost fourteen and half centuries ago. Allah Almighty sent His last and final revelation in the native language of the Arab. At first, Islam spread throughout the whole Arabia. So Arabs don`t need any specific instructions to pronounce Arabic correctly. As long as Islam remained within the boundaries of the Arab peninsula, there was no need to develop such rules and regulations. But when in the almost 3rd century of Hijra, Islam spreads rapidly to other nations, the ratio of mistakes and melody highly increased in Quran recitation. This was the time, when it was necessary to build a set of certain rules that should be followed to recite Quran e Karim precisely. The scholars of Islam worked really hard to develop the rules of Tajweed. It is said that the first person to write down and compile rules of Tajweed was Imam Abu Ubaid al Qasim bin Salam [774-838CE] in the third century of Hijra, in his book Kitab al Qiraat. After this basic step taken by Imam Abu Ubaida, many scholars contributed to this science. here is some

QuranHost helps you teach these rules precisely and accurately. You can learn Quran with Tajweed from our learned and trained Tajweed teachers.

What do Quran and Hadith say about TAjweed

As narrated above, there was no concept of rules of Tajweed in Arabs as Arabic was their native language and they could pronounce it accurately. But there was a concept of reciting the Quran beautifully in Arabs too. Allah Almighty said in the Holy Quran 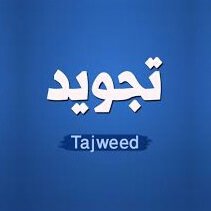 “And recite the Quran with measured recitation”

Tarteel is an Arabic terminology, which means to recite slowly, precisely and carefully. Thus we have a basic concept of adorning and beautifying Quran recitation from within the Quran e Karim.

“Recommendation of (reciting with Tarteel) in the Quran. It narrates as follows;

“The messenger of Allah May peace and blessings be upon Him said, One who was devoted to the Quran will be told to recite, ascend and recite carefully, (rattil, رتل Arabic) as he used to recite carefully, when he was in the world, for he will reach his adobe when he comes to the last verse he recites. “

This hadith narrates the importance of reciting the Quran e Kareem with tarteel and the bounties of Allah SWT upon the reciter of Quran.

“Beautify and adorn Quran with your voice.”

Significance of Learning Quran with Tajweed:

Quran is revealed in Arabic language which is a foreign language for us. Arabic is one of the most eloquent languages in the world. It has a complete set of instructions for pronunciation of Arabic. Every alphabet of the Arabic language has a specific Makhraj. Every alphabet should be pronounced with specific movements of the tongue, teeth and throat. These Makharij and Sifaat of every alphabet are very important to recite the Quran properly. Even a minor mistake in its pronunciation can lead to sin, as even a minor mistake can change the entire meanings of the verse, which can be even sinful.

It is very important to follow the rules of Tajweed and to learn Quran with Tajweed online. Rules of Tajweed not only help to beautify and adorning recitation of the Quran, it helps to improve the grammatical and verbal aspects of the Arabic language, which in turn rectifies the mistakes and errors in the recitation of Quran. To learn Quran with Tajweed is a religious obligation of every Muslim.

Why chose QuranHost for Learning Quran with Tajweed online

QuranHost is one of the pioneers in the field of online Quran learning. We not only have an advanced and comprehensive online Tajweed course, but we have certain tools for better delivery of lectures to our dear students. Here are some amazing benefits you can get when you join QuranHost for our online learn Quran with Tajweed online anytime and any where.

Today is an age of science and technology. There is hustle and bustle every-where. Every-one is seemed to be in a hurry. Every-one is busy. In this busy schedule, time management is very much important. With QuranHost online learn Quran with Tajweed course, you have complete freedom to choose the right time for your studies. QuranHost offers you 24/7 services for the students. Which makes it easy for the students to choose the right time according to their schedule or time zone of the country they reside in.

We at QuranHost has hired highly qualified, trained and competent teachers, Qurr`a and trainers for our students. We also aim to deliver the best knowledge with the best teaching staff.

QuranHost presents complete and comprehensive courses for our students in the most affordable fee structure. We offer excellent learning experience with brilliant teachers in very affordable fees. We aim to qualify more and more people, irrespective of the financial status they belong to.

When a student goes to a mosque or an on ground institute for learning Quran, there are a number of students in one class. The teacher has to concentrate on every student at a time. But when you join QuranHost, you get an unwavering concentration of your teacher. Every class is an exclusive class for every student. Every student gets individual attention of the teacher during the exclusive session between the teacher and the student.

QuranHost offers free trials class for their students, so that they can judge the teacher`s ability before paying the fee. WE offer a free trial class to every student who joins our institute.

QuranHost offers different packages for their valued customers to suit their busy schedule. Every package has a different fee structure according to the frequency of classes. You can join a two days a week package, Three, four or five days a week package can also be joined, keeping in view your schedule and ease of attending classes.

Some Frequently Asked Questions about Learn Quran with Tajweed:

Here are some frequently asked questions about learning Quran with Tajweed;

Tajweed is a complete set of rules to follow to recite the Quran precisely and accurately. Here Are some important rules of Tajweed.

It was in 3rd century of Hijra, when Abu Ubaid al Qasim bin Salaam introduced a complete set of rules to help non-Arabs pronounce and recite Quran e Karim correctly.

The main purpose of Tajweed is to rectify the recitation of the Quran by improving the enunciation of every Arabic alphabet.

TAjweed is very important to rectify the language of the Quran, but it is not mendatory to apply Tajweed rules every time for Quran recitation. So yes, you can recite Quran without applying the rules of Tajweed

However, Living with Quran is life-changing!